Researchers at the FSBI RCMG Laboratories of Hereditary Metabolic Diseases and Functional Genomics published an article on the functional analysis of variants in genes associated with propionic acidemia.

Propionic acidemia is an organic aciduria caused by insufficient activity of propionyl-CoA carboxylase. The worldwide incidence is approximately 1 per 100 000 births.

A detailed analysis of the PCCA and PCCB genes pathogenic variants was carried out on various databases. As a result, 24 variants predicted to affect splicing were selected. They used the In-vitro minigene expression technique to study those variants. As a result, 13 variants showed an effect on the splicing passage. Among the variants, three were previously classified as missense and as synonymous variants of unclear clinical significance. The authors were able to establish the pathogenicity status for five variants and reclassify nine of them having analyzed the available data on the variants studied in the literature and received the results of the functional analysis conducted, in accordance with ACMG recommendations.

This study demonstrates the use of in-vitro minigen expression techniques for the rapid and efficient analysis of variants of unclear clinical relevance predicted to affect gene splicing. 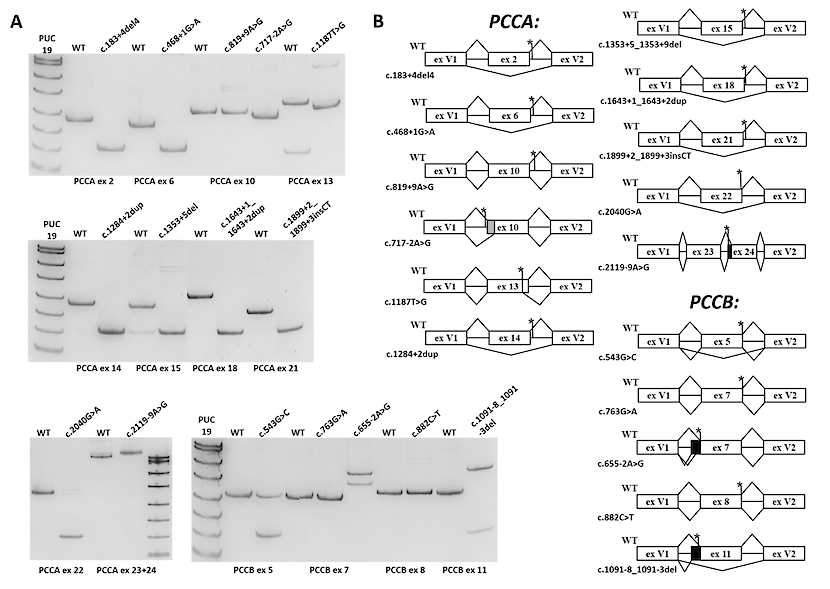