MEHMO syndrome is a rare type of X-adhesive mental retardation, accompanied by epileptic seizures, hypogenitalism, microcephaly and obesity (OMIM 300148). The disease is sporadic, with a prevalence of less than 1 per million newborns. The literature describes fewer than thirty patients with this syndrome.

The family applied to the Research Centre for Medical Genetics to receive a genetic consultation. In the background check, it turns out that the proband has a cousin with similar pathology. The peculiarities of the clinical picture allowed the geneticists of RCMG to suspect in the proband and his cousin MEHMO syndrome. 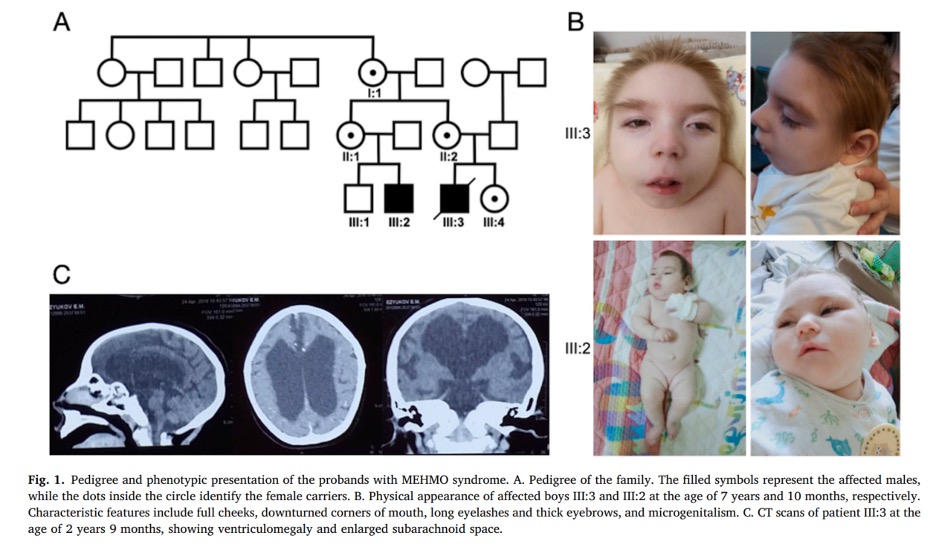 As a result, a previously undescribed missense option of NM_001415.3 was discovered: c.820C>G; p.(Leu274Val) in both hemizygous cousins. We found the same option in heterozygous female family members.

It has been previously shown that pathogenic variants in the EIF2S3 gene result in chronic activation of the integrated stress response (ISR). Increased DDIT3 gene expression is the marker of that process. This gene encodes a transcription factor that stops the cell cycle and triggers apoptosis in response to cell stress. Therefore, the expression of the gene DDIT3 was analyzed to study the pathogenicity of the found missense variant c.820C>G. That one was significantly higher in the patient than in the control.

The comprehensive analysis enabled the evaluation of the found variant as likely-pathogenic and to carry out complete medical genetic counselling of the requesting family. 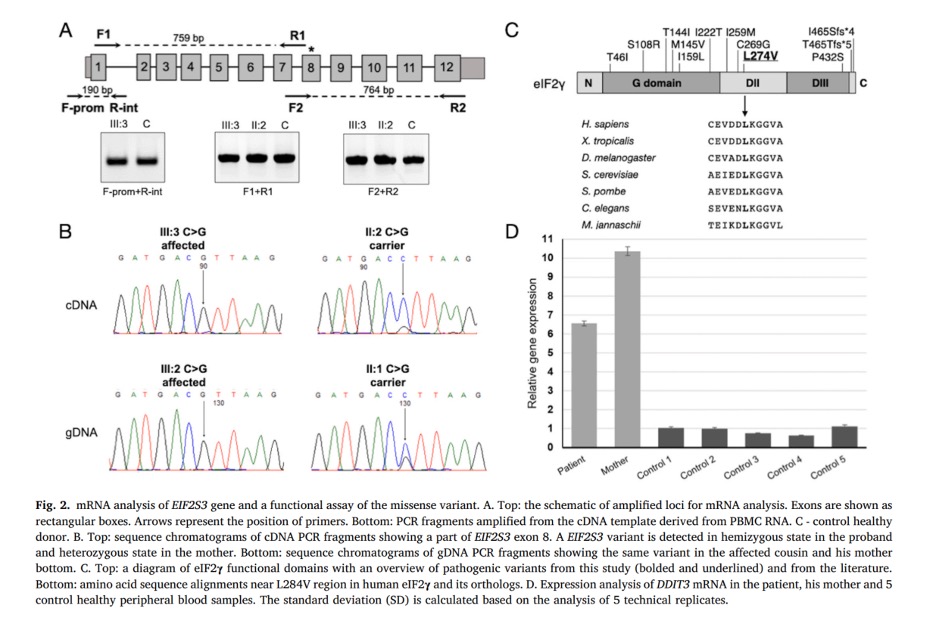