The 13th European Cytogenomic Conference ECA2021 is over

The 13th European Cytogenomic Conference, which took place on a digital platform from July 3 to 5, 2021, has concluded. The Conference allowed the exchange of scientific information in modern cytogenomics. As part of the program, scientists from more than 12 countries presented reports on various issues of molecular cytogenetics. Researchers of the FSBI RCMG Cytogenetics Laboratory (Dr. Shilov., Head of the laboratory), who are members of the European Association of Cytogeneticists, took an active part in the work of the Conference.

The presentations aroused great interest among foreign colleagues. Among all the reports, the poster report by Marina Evgenievna Minzhenkova, Candidate of Medical Science, describing five cases of constitutional neocentric supernumerary marker chromosomes won the prize, as reported by Constantin Miller, Secretary General of the Society of European Association of Cytogeneticists. 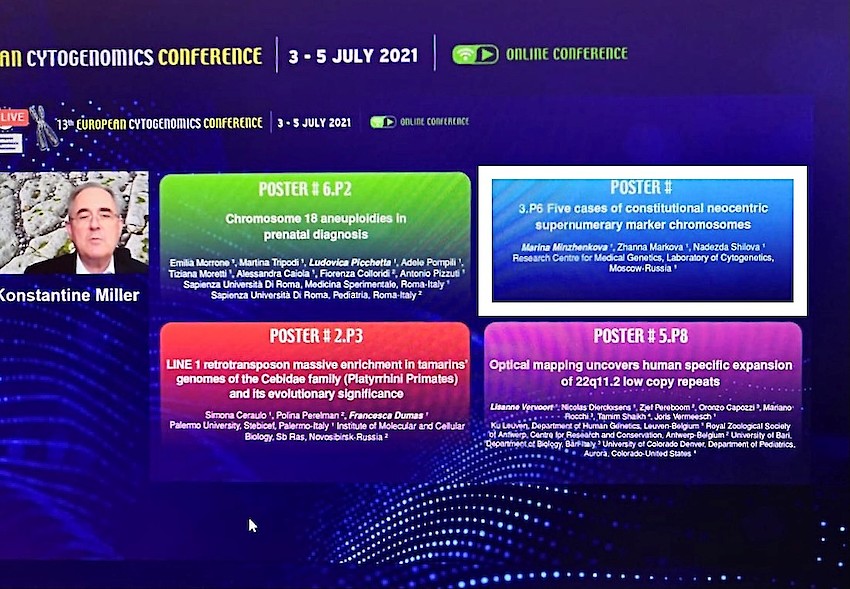